Tasmania is the most unaffordable state, relative to income, to rent or buy a house.

With the Select Committee on Housing Affordability beginning on Tuesday, The Examiner asked Tasmanian experts how they thought the problem should be solved.

We’ve heard a lot about asking the federal government to forgive Tasmania’s $15 million a year historic housing debt, with the money going into public housing. And a separate inquiry is looking into limiting the effects of Airbnb on the property market.

But what else do those in the know think we should be doing to put more Tasmanians into affordable properties?

Answers from the Tasmanian Council of Social Services, Shelter Tasmania, the Property Council, the University of Tasmania, and the political parties reveal the big ideas in the housing policy debate. 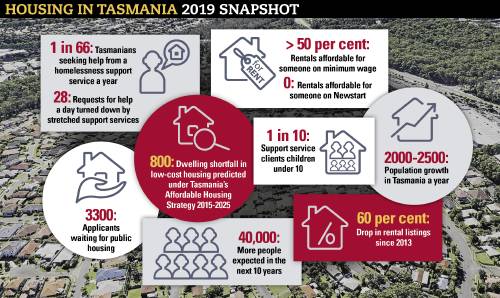 Shelter Tas is calling for inclusionary zoning, which means that under law a certain proportion of all new homes must be affordable for people on low incomes.

This type of planning approval requires developers to provide affordable housing if they want to also build more profitable residences: for example, requiring a certain number of apartments in a new luxury block to be set aside as cheaper options. Or, government can offer incentives like loosened regulations or tax breaks for developers if they include affordable housing in their plans.

“We would require all local government areas to implement inclusionary zoning to ensure developments include affordable housing,” Ms Chugg said. “Affordable housing spread across all parts of our towns and cities, with support from communities for new homes and diverse neighbourhoods, is what we need.”

TasCOSS chief executive Kym Goodes echoes the call for inclusionary zoning: “Many parts of the world successfully integrate affordable housing into high density developments and new subdivisions regardless of the affluence of the community,” she said.

“We need to remember that just because someone is poor it doesn’t mean they will be a ‘bad’ neighbour – a person’s character is not related to their income level.”

The state government agrees with Ms Goodes that public housing should be integrated into the wider community. Housing Minister Roger Jeansch said the government was committed to releasing land and building public housing, at the same time as breaking up existing whole neighbourhoods of public housing by selling some of it.

“Wherever we’ve got government land that is suitable, where the planning for the longer term has identified that these are areas for expansion of residential, then that’s where we want to be,” he said.

He said the days of creating broad acre whole suburbs of public housing – such as at Rocherlea – were long gone: “What we’re trying to do with this next generation of social housing is to have a far more natural, and far more diverse, range of property ownership and tenancy,” he said. “We believe that will be a healthier environment for everybody who lives in those areas.” 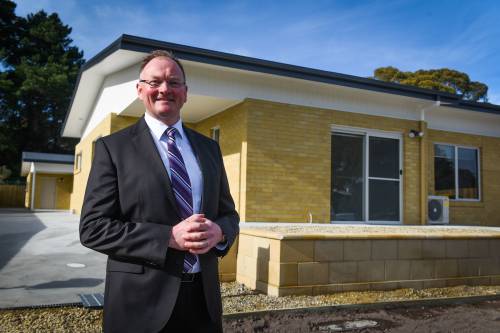 Housing Minister Roger Jeansch says the government has created 984 affordable lots and homes, and allocated $40 million over the next two years to social housing – but University of Tasmania housing expert Keith Jacobs said a significant increase in the budget is still needed to come close to meeting demand.

Shelter Tas chief executive Pattie Chugg said that 10 per cent of all new homes should be public housing – double the current level of 5 per cent.

TasCOSS’ Kym Goodes said the most effective approach would be to put money into regional development funds, so that community-led taskforces in different parts of Tasmania would be able to tackle their problems at a grassroots level; integrating housing into the wider picture.

But no matter the approach, pretty much all not-for-profits are calling for more money to be put into public housing and support services for the vulnerable.

Meanwhile, Australia-wide, one in ten dwellings are vacant – one million properties. At the same time, research has shown a need for 300,000 more public housing dwellings.

Greens leader Cassy O’Connor said the solution is introducing a vacant resident tax to encourage investors to ensure their properties are occupied.

‘Look to Finland to solve homelessness’

When asked what other countries had successfully tackled homelessness, Finland was the answer that kept coming up.

The Finnish approach has been keenly watched in recent years, as the results of their ‘Housing First’ policy, in place since 2007, come into fruition.

Under Housing First, every person in need is given a no-strings-attached, permanent tenancy to a home. The idea is that it’s much more realistic to begin solving other problems, such as addiction or mental ill health, if you aren’t worrying about where you are going to live. There are no homeless shelters in Finland – only housing. It is the only country in Europe with decreasing rates of homelessness.

“The best model to date is the Housing First approach, which includes a significant investment in support for people, effective use of state-owned land, and a guarantee that all people will have access to the housing they need,” chief executive of Shelter Tasmania Pattie Chugg said. 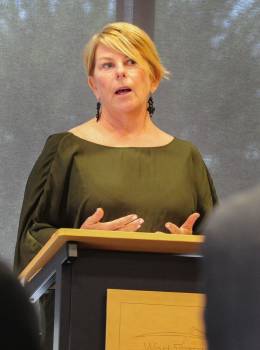 In Finland, people in public housing automatically receive individually-tailored support – there’s an attitude that homelessness can not be solved with housing alone. In some apartment blocks, support services are there in the building to offer help. It’s mostly government funded, but a UK report found that the approach was five times as effective and nearly five times more cost-effective for taxpayers than the usual system.

“A Housing First approach to tackling homelessness has been successful in other jurisdictions,” TasCOSS chief executive Kym Goodes said. “This requires not just immediate accommodation but also support for people to retain their housing, particularly income support and mental health support.”

How did Tasmania become the unaffordable state?

As recently as five years ago, Tasmania had a reputation for affordability. Now, Hobart’s median rent is only one dollar cheaper than Melbourne. How did this happen? According to the Real Estate Institute of Tasmania, there are three main factors.

TOURISM: The number of tourists coming to Tasmania has skyrocketed, and accommodation providers have not kept pace. In 2014, there was a 700 room shortage for tourists – now, it’s 1500 rooms. Into the gap has stepped Airbnb. Airbnb listings increased in Tasmania from 2,874 in 2017 to 4,459 last year – and it’s estimated three-quarters of listings would otherwise be on the private rental market.

STUDENTS: Since 2015, interstate and international students enrolling at the University of Tasmania have grown by more than 3000 a year, and according to the REIT, they have mostly been left to the private rental market. “It is not uncommon to have an open home in the early part of the year and have between 50 and 100 students inspect and lodge an application,” it said.

ECONOMIC GROWTH: “In 2019 Tasmania has one of the best performing economies in Australia,” the institute said. “People no longer have to leave Tasmania to find work.” But more people are choosing to stay in Tasmania at the same time as migration is increasing by about 2500 people a year. This has caused the number of dwellings on the property market to fall by 30 – 40 per cent in four years.

Solutions in the private market

The Property Council’s Tasmanian director, Brian Wightman, said changes in the way developers interact with government would lead to more houses and apartments being built, increasing competition and making properties more affordable. He recommends the following: 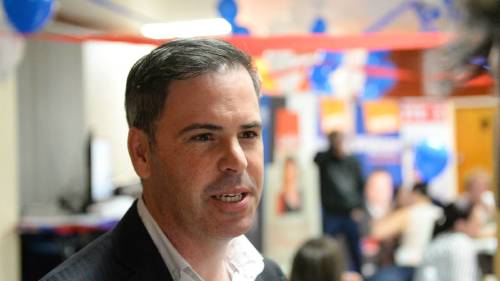 Take local government out of planning

The Property Council advocates taking planning approvals out of the hands of elected councillors in local government, and placing them into the remit of a new, independent, state-wide body.

“We continue to express concern that planning decisions remain open to political interference,” Mr Wightman said. “[Planning decisions] should be made by professionals with expertise in interpretation, implementation and decision making under the relevant planning legislation.”

However, the Local Government Association of Tasmania president Christina Holmdahl said data did not support assertions of political interference, or untimely or uncompliant decisions.

“This does not mean that [councillors] can’t give consideration to the local context at all, whether raised in representations or through their local knowledge,” she said.

“Indeed, because local government has a key strategic land use planning role that is used to shape and deliver key outcomes for their communities, councils are best placed to then consider how an individual development does or does not support those outcomes.”

“The Property Council suggests the Tasmanian Government legislates for approval timeframes across all regulatory bodies involved in the planning and building process,” he said. “Without timeframes for the assessment of aspects such as detailed engineering designs, the process can become a long and drawn-out affair.”

“Aside from holding back delivery of housing to the market, costs associated with delays are incurred by developers and ultimately drive up end prices and lower investment appeal.”

TasNetworks and TasWater should be put under the microscope to increase efficiency, Mr Wightman said.

“TasNetworks’ processes must be streamlined and set out in legislation to provide transparency and accountability regarding energy connections for residential developments,” he said.

“A detailed review of the contestability of TasNetworks’ services must be undertaken to understand why competitors are not entering the market. Legislation must be introduced requiring [connection] to be completed within 42 days.”

When it comes to TasWater, administrative, legal and resource deficiencies are delaying development, Mr Wightman said.

“TasWater has improved immensely in the areas of planning and design detail,” he said. “But further efforts must continue to restructure TasWater ownership to form a Government Business Enterprise to improve overall service delivery.”

“We are advocating for increased housing supply in built-up areas which are close to employment opportunities and established services and infrastructure,” Mr Wightman said.

“This would offer increased diversity and amenity in inner-city areas and accommodate the changing culture of the Tasmanian community.”